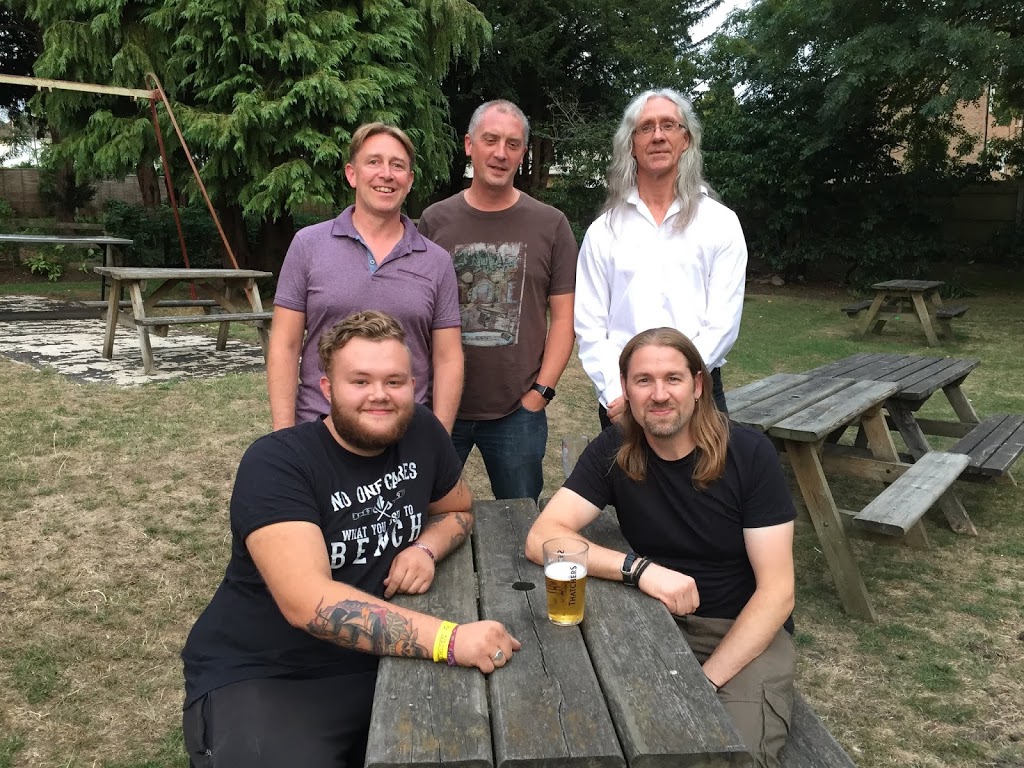 THE LEON DAYE BAND
by Carlo Vuolo
Cirencester singer/songwriter Leon Daye is well known on the local pub, club and festival circuit and has been performing for a number of years as a solo artist. Leon’s first CD, ‘Bird on a Wire’, released in 2016, was very well received and this has been followed up by his latest collection of his own songs ‘The Gift’ which was produced in collaboration with multi-instrumentalist and producer Aron Attwood at the Buffalo Deluxe studios in Stroud.

Leon has now teamed up with local musicians Jason Mark Hughes (keyboards), Ian Keates (bass), Mike Herbert (lead guitar) and Brendan Downes-Hall (drums) to form The Leon Daye Band with Leon on guitar and lead vocals. The band made their debut at The Vaults at the Golden Farm at the end of July to launch ‘The Gift’ to great critical acclaim and feel honoured to be performing on the main Cosy Powell stage at this year’s Phoenix Festival (Sunday). Then it’s onto the Goatfest festival in early September before returning to the Vaults in November.

Leon is very excited about this new direction for his music as he will be no longer working alone and has already seen some of his songs evolve as each band member brings their own ideas and interpretations to the mix. Whilst he will still be working the circuit as a solo artist, the band’s development will be Leon’s major focus from now on and work has already started on the band’s first CD. All the band members are very optimistic about the future and there is a real sense of purpose and commitment to the venture. As guitarist Mike says ‘It’s gonna be big’.

The Gift
Review by Evan Burgess

Leon Daye is back with a new record available on Spotify and no doubt in hard copy from the man himself. “The Gift” is a 6-track offering from the local songwriter known for playing both covers and originals with the same quality. This record makes an impression with a very well recorded musical ensemble. The vocals are crisp and recall Paul Heaton, with a similar strong enunciation that will allow people to sing along after only a few plays.

The record has some major key songs such as “Building a Life”, but also some ballads and lush major/minor modulations, such as “A Reason to Live” that recalls “Wichita Lineman” by Glen Campbell. This clarity is great and in my opinion is a testament to an ever-developing recording artist. There will be a lot of gems that come up in repeated listening such as subtle harmonies and counterpoint melodies.

Leon’s voice is a stamp of quality throughout the record, which will please fans who have known for years how it cuts through crowded bars. But here it finds a unique space in the mix that must be largely down to the high quality of recording and production. If you have the chance to see Leon perform don’t miss it!