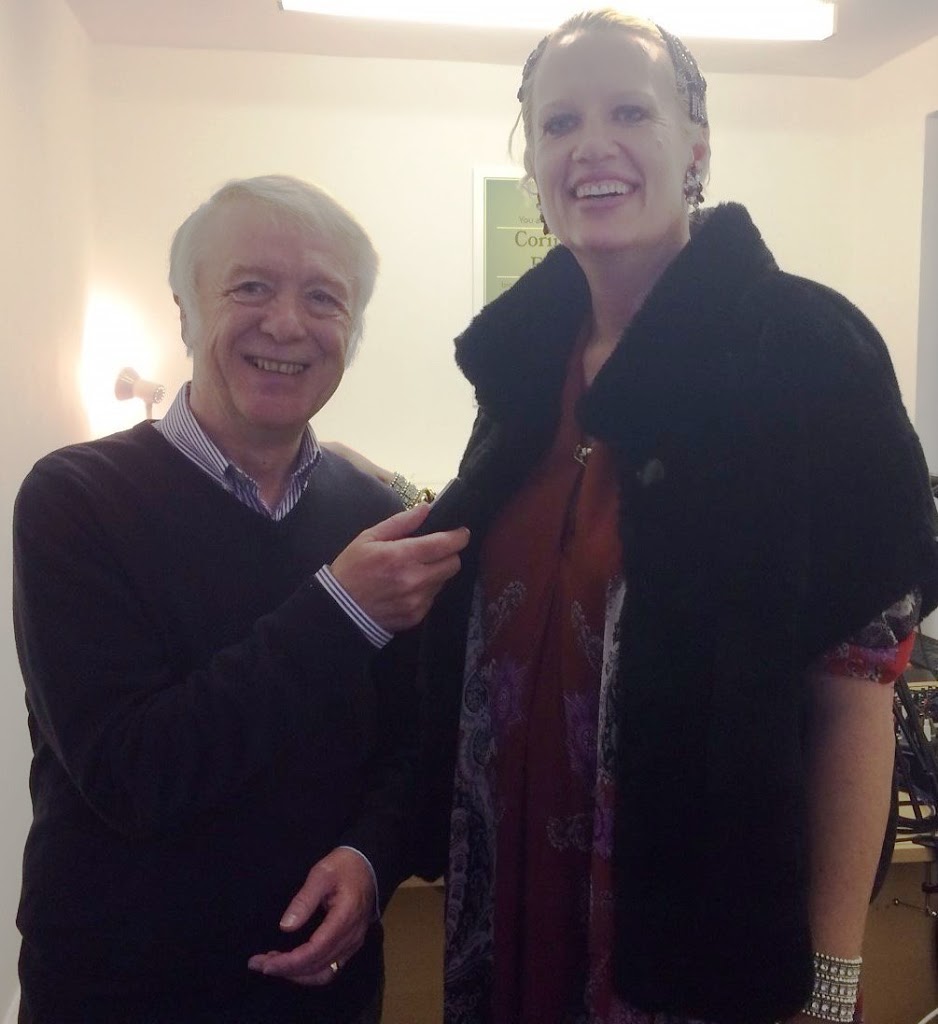 The Day the Circus Came to Corinium Radio

The circus didn’t only come to town recently…it came to Corinium Radio!

Volunteers from Cirencester’s local community radio station soaked up the flavour of the ‘big top’ when a special guest from the world of circus paid a visit to our studio.

The VIP was none other than circus founder Nell Gifford, who was in Cirencester to switch on the town’s Christmas lights.

Nell, from Gifford’s Circus, was kind enough to spare us a few minutes for an interview as the clock was ticking down to the big moment when she had to light up Cirencester.

A performer, horse trainer and designer, Nell lives in the Cotswolds with her family.

Her appearance at the Cirencester Advent Festival also celebrated the 250th anniversary year of the modern circus.

Said station spokesman Tony Coleman, “It was great fun and an honour to interview Nell. I tried to get her to tell us what the theme of next season’s show was going to be but she was playfully keeping it secret at the time.”

You can listen to the Advent Festival build-up and Nell’s interview on the ‘listen again’ facility on Corinium Radio’s website, coriniumradio.co.uk. Look for ‘Advent Highlights’ under the ‘specials’ section in the list to the right of the page.

Corinium Radio also raised a glass during the festive season at its annual end-of-year gathering.

Officially the fayre was mince pies and sherry but, as you might expect, there was lots more on offer.

Added Tony Coleman, “We have to say a big thank-you to our chair Carole Boydell for hosting the festivities.

“It really was a lovely finish to a very busy year.”

So it’s a Happy New Year from us all here at Corinium Radio. If you want to join us contact Carole Boydell on 07776 144033 to see what we’re all about. Find out more and visit http://www.coriniumradio.co.uk/