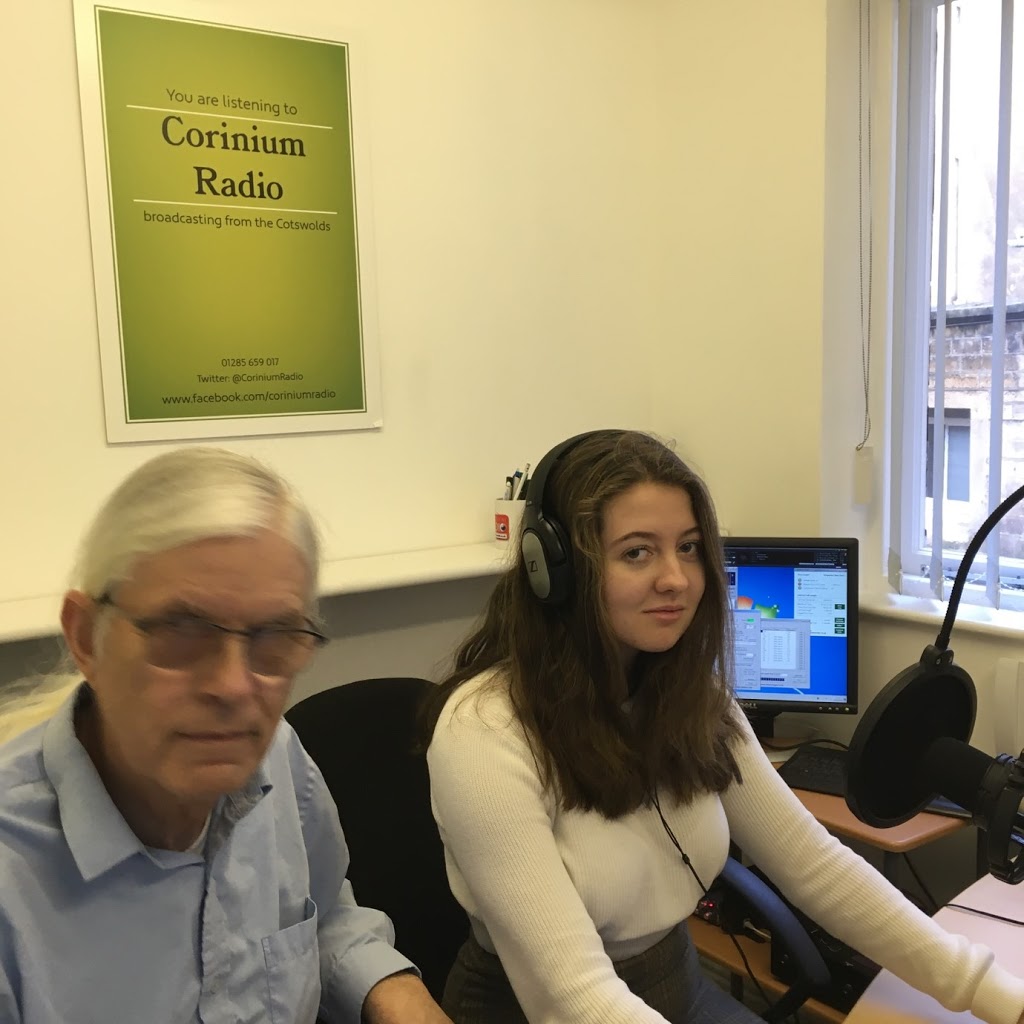 Radio Student Takes A Walk Through History
A local student spent a short time working with volunteers at Corinium Radio recently and ended up taking a long walk through the history of Cirencester as a result.
Sixth-former Elizabeth came to the town’s community radio station to do a spell of work experience because she is hoping to follow a career in the media.
While she was with us Elizabeth took part in a number of programmes and also learned about some of the technical aspects of the station.  She also volunteered to help Cirencester Civic Society with a project they are involved with at the moment featuring blue plaques, which can be found all around the town.
A-level student Elizabeth met up with John Tiffney, chair of the civic society and a good friend of Corinium Radio, and as a result she volunteered to take photographs of all the blue plaques around Cirencester for a new feature the society is putting online for visitors and local residents alike.
She took over 40 pictures of plaques, which mark historic buildings, people and events. They will now be featured in an online trail to guide people through the history of Cirencester.
As a result of her photographic exploits Elizabeth admitted she had learned a great deal about local history.
John was full of praise for Elizabeth’s efforts.  He said she had done very well and hoped the project might be of some help on her C.V.
Corinium Radio spokesman Tony Coleman said, “It was great fun having Elizabeth working with us.  She was really enthusiastic and if she does pursue a career in the media I have no doubt she will do really well.”
Meanwhile, if you want to volunteer with us ring Carole Boydell on 07776 144033 to find out what’s involved.