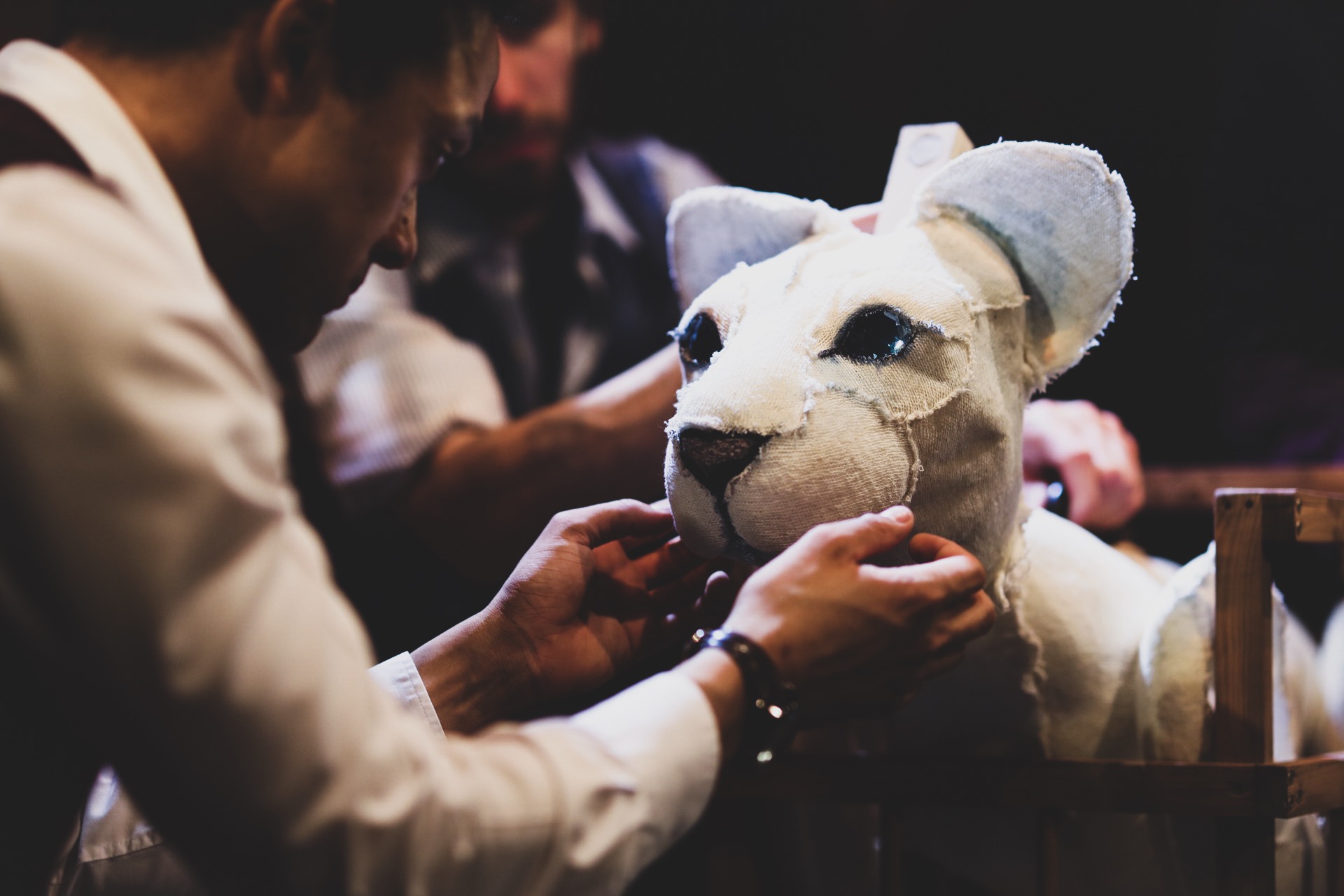 “Emotional, engaging and enchanting – I was so caught up in this wonderful story that I lost all sense of real time! An uplifting sense of peace and satisfaction lingered as I left the theatre.”

The Barn Theatre’s production of The Butterfly Lion by Michael Morpurgo is incredibly clever. Using a small, very talented cast playing multiple parts, each character was convincing, and the compact set was able to convey backgrounds ranging from an English boarding school to the African Veldt, and from French battlefields to the wilds of Wiltshire!

The tale follows the life of young Albert (Bertie) Andrews and his unusual friendship with a rescued wild lion cub in South Africa, its ups and downs and its inevitable loss, through to a most unlikely but satisfying ending when a solemn promise is fulfilled.

The story is expertly brought to life in this production by the team at the Barn Theatre. The use of the three puppets to represent life stages of the Butterfly Lion works perfectly, from the young lion cub to the full-grown adult ‘white prince’.

Every member of the audience craned their necks to see the majestic beast walk slowly up the aisle to the back of the theatre, seemingly unaware of the three puppeteers who were handling it, as if it were truly alive.

In particular the operation of these puppets by Jonathan Charles, and the loving interaction between the lion and the cast was totally convincing and heart-warming, especially as reflected in the ‘spaniel’ eyes of the brilliant ‘Tigger-ish’ young actor Jasper William Cartwright who played Bertie. Praise must also be given to actress Hilary Harwood. She played his wife Millie very convincingly at all ages, from a bright-eyed child, then a young nurse in the war, and finally as an elderly kind-hearted widow.

There is one final twist in the story, but you will have to go to see ‘The Butterfly Lion’ before it closes on 4thMay to find out what it is, in arguably the best show staged by The Barn Theatre (so far). Michael Morpego was so impressed by it that he said, “Don’t bother with the book, see this show instead”. Take his advice!

“If I could give it six stars I would but will have to settle for five.”

0 comments on “The Butterfly Lion Review”