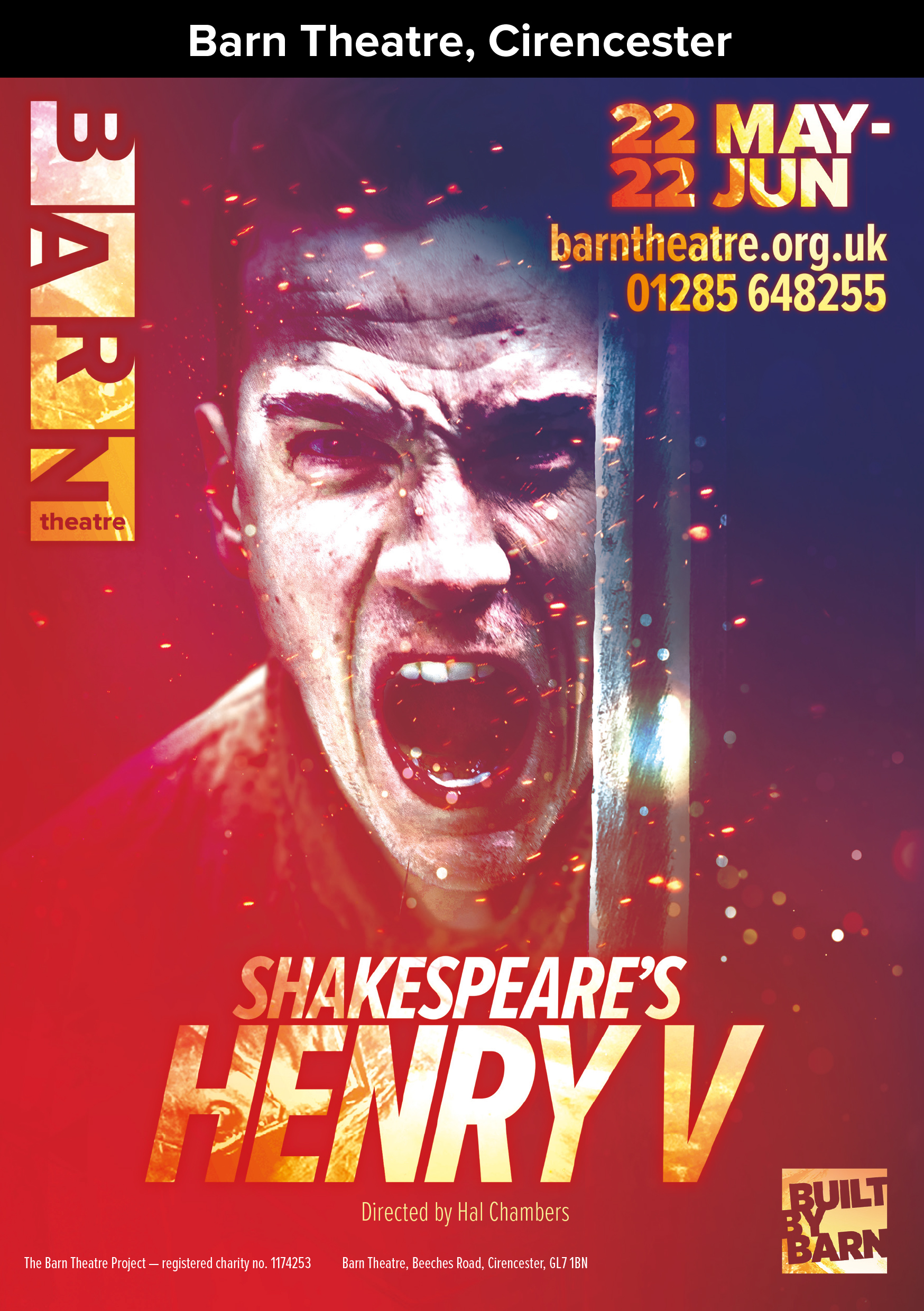 After thoroughly enjoying the Barn Theatre’s captivating version of Michael Morpugo’s ‘The Butterfly Lion’ it was hard to see how it could be bettered. However, this wonderfully innovative interpretation by director, Hal Chambers, of Shakespeare’s tale of conflict and scheming in 14thcentury Britain has done just that.

With a superbly talented cast, the Barn Theatre’s trademark stunning visual effects and the thumping resonance of an original score, this was theatre of the highest quality. From the moment the audience entered the theatre, they were held spellbound as the cast members warmed up on stage, then smoothly transitioned into the performance itself, delivering a highly original and faultless rendering of Henry V.

This is a modern-day tale, mostly using Shakespeare’s original dialogue, which explores the tension between Britain and France during the Hundred Years War cleverly juxtaposed against the current impasse over Britain’s departure from the European Union.

Aaron Sidwell’s commanding performance as Henry, rousing his troops in preparation for the battles of Harfleur and Agincourt, was electrifying as were the battle scenes themselves. The use of modern army battle dress and rifles, strobe lighting and the sharp retort of the gunfire created a stunning spectacle.

There were also many comedic interludes which drew belly laughs. Seemingly improvised interactions with members of the audience, the hugely funny sequence as Katherine of France coquettishly played by Lauren Samuels, attempts to learn the English for various parts of the body (spoiler alert – rude word) and the final coupling of Henry and Katherine to unite the thrones of the two countries gave some respite to the otherwise highly charged and emotive drama.

Do not miss this outstanding production which opens up Shakespearean drama to a wide audience of all ages. One thing looks certain though. If the Barn team keep producing shows of this quality … they are going to need a bigger theatre!